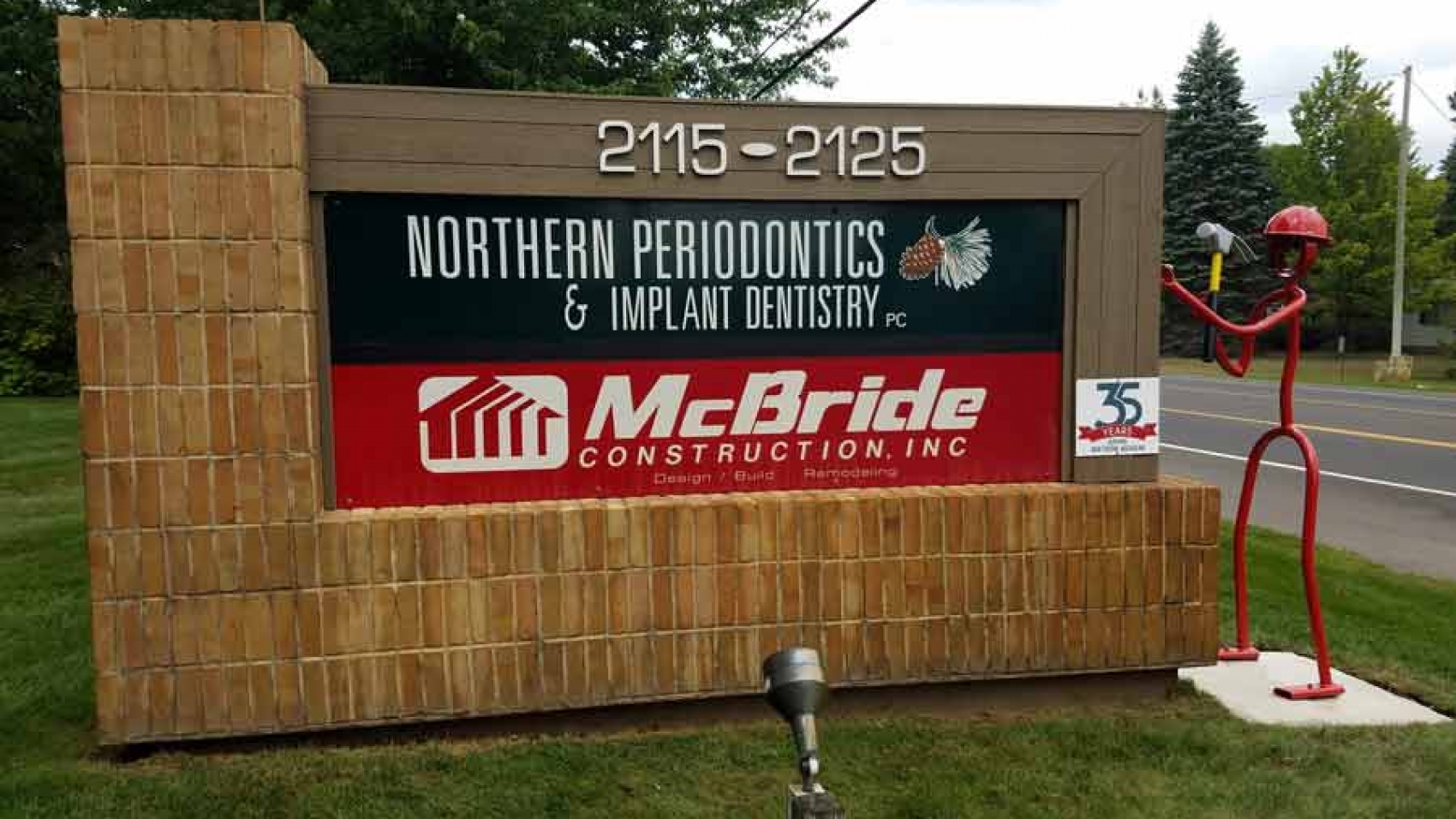 Today is a particularly proud day for our McBride team as we get to introduce all of you to the newest addition to our company. I’m sure you will find him a strong symbol of all the hard work we accomplish here at McBride Construction.

You may have seen him hanging around the office for a few weeks and wondered… who is this new guy?  Well, we can tell you he is as strong as steel and has the strength of 10 men. His stature’s been the same ever since he was brought into this world. He is a tough one who many say was forged from fire. His nickname is “Tube-Man”, but his real name is Earl!

We had to persuade him to come up to Northern Michigan where he could enjoy life a bit more. He is an old soul and deserves some of the comforts we all have here. He has been called many things through his extensive work in the trades. His reputation for years has been part of the folklore told around campfires. There have been songs written about him and his work. His time in the south of Florida has left him a reputation that spans many years of stories, jokes and a standard of the work ethic known only as “Earl”. Because of his unknown background, but obvious vast experience, many have bragged that he actually had a hand at solving some of the most difficult construction projects known to man…

Mysteriously there are cave drawings near The Hanging Gardens of Babylon and The Pyramids of a stick figure of a tube-like man who carries a HUGE hammer and spike. No one can verify Earl’s age, so don’t ever ask him, and he sure won’t tell you about his travels.

In our time of knowing him it has been very hard to determine the validity of many of the stories that are told, but this we know to be true from a trusted source…Earl brings Good Luck! His fellow workers down south worked tirelessly next to him in the blazing sun, and he always was on site for inspiration and a symbol of work well done.  At days end fellow workers honored his presence with a simple pat on his hard hat just for a job well done, and it always brought them good luck and safe results. So as you get familiar with Earl as our newest hardworking symbol, remember the folklore that will bring you good luck for the rest of your days. A simple pat on his hard hat or maybe just a little recognition as you walk by can’t hurt.

The bottom line is that Earl does represent what we all do every day. We work safe, hard, and proudly carry a BIG hammer. We’re very glad he is in our corner and will keep a watchful eye on all of us.