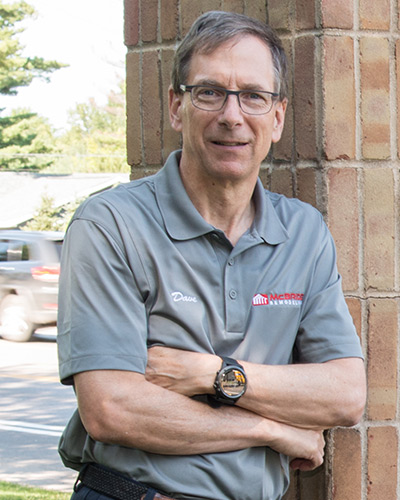 David McBride CGR, CGB, CGP, CAPS is the owner and founder of McBride Remodeling. He has been a licensed and insured general contractor in the state of Michigan for over 35 years. He takes pride in bringing together exceptional craftsmanship and professional project management to create high quality remodeling projects.

David is the former building committee chair for Hospice of Little Traverse Bay, an engaged member of Little Traverse Association of Home Builders and Remodelers Council, and is very active in other civic and charitable organizations throughout the community.

Jay, a Petoskey native, is the sales manager for McBride Remodeling. Jay started his career in residential construction and ran his own company in Petoskey for more than 12 years. He continued his career in Wyoming and South Carolina before returning to Michigan.

With his customer-centric philosophy, Jay is a natural fit with McBride Remodeling. He believes in honesty and makes sure that projects are completed on time while never sacrificing quality.

Jay enjoys fishing, hiking, camping and spending time with his wife and sons. 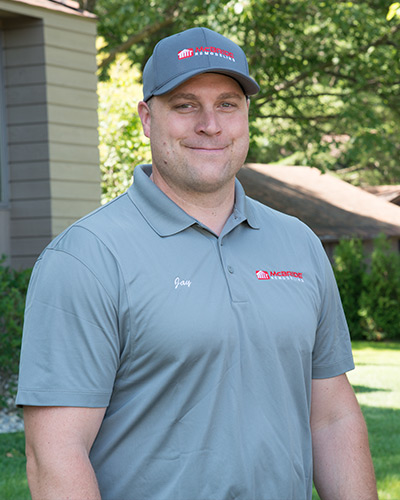 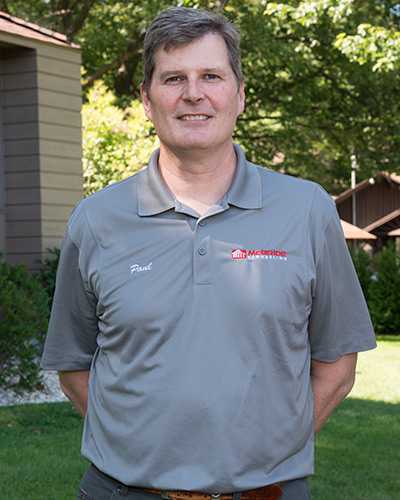 Paul joined the McBride team in 2018 as our production coordinator. He has over 4 years of experience in construction and over 23 years in architectural design, with a Bachelor of Science from U of M School of Architecture.

Believing that collaboration plays a key role in the design process, Paul enjoys working with the client to create a design that meets their needs. He partners with clients through the design process to ensure their expectations are not only met, but exceeded.

Paul serves on the board of trustees for the Harbor Springs Library, holds the position of committee chairman of Scouts Troop 55, and is also a Knights of Columbus member. He and his wife enjoy spending time with their three kids and volunteering for their various extracurricular activities.

Jason is the production manager for McBride Remodeling and has more than 15 years of experience as a commercial development superintendent. He has worked in markets around the country including North Carolina, Florida, Illinois, Connecticut, and most recently, Massachusetts.

With his philosophy of delivering exceptional service and the highest quality craftsmanship, Jason is a great addition to the McBride team.

Jason is thrilled to be home in his native Michigan. In his spare time, he can be found outdoors with his daughter, touring the lakes in their boat, ice-fishing or snowboarding. 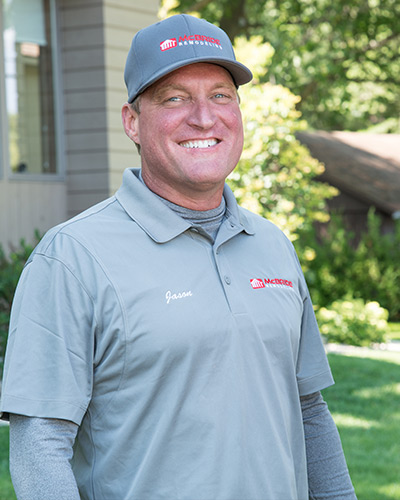 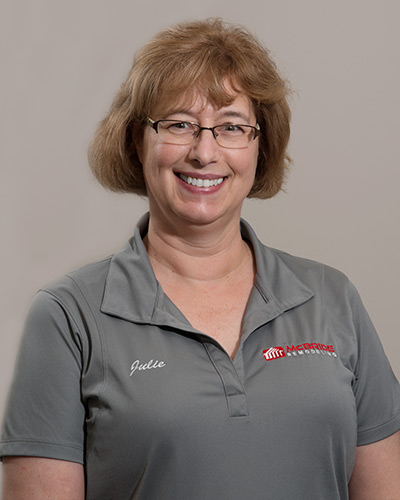 Julie joined the McBride team in November of 2018 as our administrative assistant. She has certifications in accounting and Excel from North Central Michigan College. With over 25 years of experience in the banking industry, Julie strives to provide the best customer experience for clients from beginning to end.

Julie has been married to her husband, Joe, for 32 years. She enjoys traveling, snowmobiling, snowshoeing, gardening and golfing in her spare time.

Tom, a graduate of the Vinyl Siding Institute, is also Lead Safe Certified and CPR trained. Tom is a lead carpenter with McBride Remodeling and has been a pivotal member of the team for more than 30 years.

Tom’s philosophy is to always do the best work possible. Work ethic is on the forefront of his mind and his level of craftsmanship and efficiency is second to none. 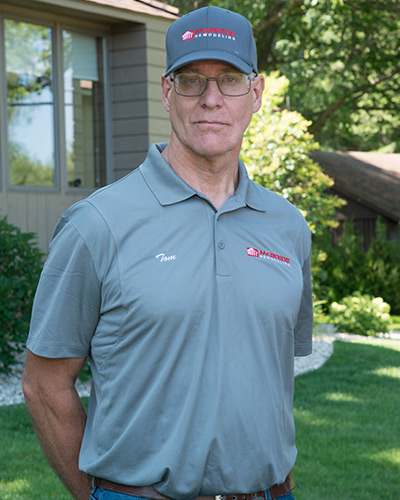 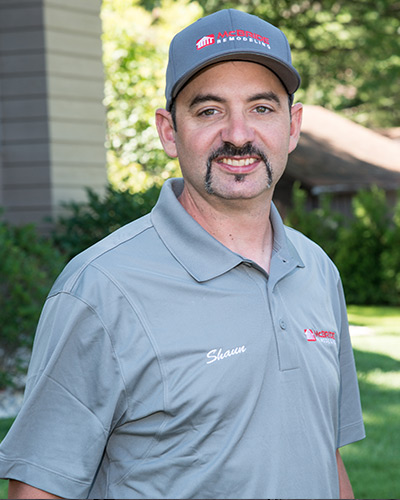 Shaun, a lead carpenter with McBride Remodeling, joined the team in June of 2013. Shaun has been working in the construction field for more than 19 years in the Ashland, WI, Iron River, MI and Petoskey/Boyne City areas.

Shaun is Lead Safe Certified, a CertainTeed Certified Installer and is First Aid/CPR/AED certified through the American Heart Association. He strives to exceed client expectations on every job with quality workmanship and job-site efficiency. Shaun also volunteers with the Boyne City Fire Department.

Carl joined the team in 2010 as a lead carpenter, but the construction industry has been a part of his life since his teenage years. Carl has worked in markets across Michigan including Houghton, Grand Marais, Canton, and Petoskey.

Carl commits to work as hard as he can to ensure his clients are pleased with the end product. When he’s not building dream homes, he is a volunteer firefighter and was a Cub Scout Leader. 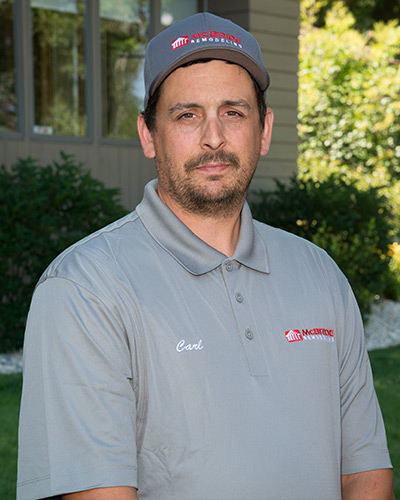 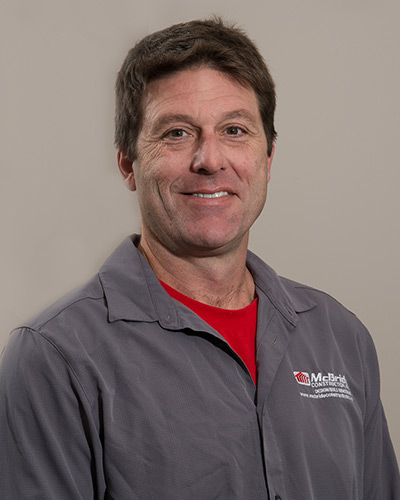 Brandon joined McBride Remodeling In August of 2019. He has 21 years as a licensed carpenter, 31 years’ experience in carpentry and was self-employed for 23 years. He has his First Aid and CPR Certifications.

Jacob originally joined our team in June of 2016 as a seasonal carpenter helper. In 2018 he started working full time and has been shadowing our lead carpenters on various projects. Jacob has 6 years of construction experience, successfully completed the building trades program at Petoskey High School, and graduated from the Industrial Arts Institute in the Construction program.

Jacob also volunteers as a member of the Tip of the Mitt QDMA to help promote better hunting practices in Northern Michigan. 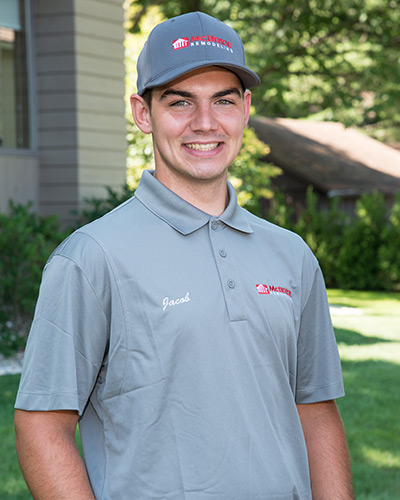